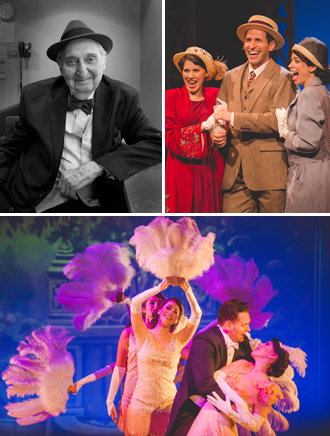 From 2001 to 2017 Media Blitz represented the longest continuously producing Yiddish theatre company in the world, helping to broaden its appeal, as well as grow and diversify its audiences. With Drama Desk Award nominations in 2006, 2007 (plus and Award for Special Achievement in 2007), Folksbiene began to experience a surge in mainstream recognition that continued in subsequent seasons: Drama Desk nominations in 2016 (“The Golden Bride”) and 2018 (“Amerike – The Golden Land”) were followed in 2019 Folksbiene’s watershed “Fiddler on the Roof” which earned multiple Outer Critics Circle nominations and won the Drama Desk for Best Revival of a Musical.

Now Folksbiene is recognized for leading the charge in a unique and remarkable revival of Yiddish in many parts of the globe. Audiences have grown dramatically and a healthy combination of Jewish interest and mainstream media coverage insure that the enterprise is viewed as a significant player among non-profit New York theaters.