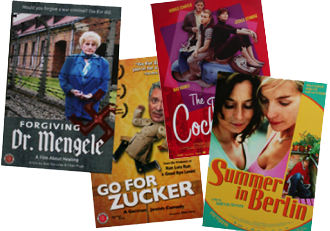 From 2004 to 2009, Media Blitz helped the German Film Service introduce, brand and position new German films with strong U.S. distribution prospects. The platform for U.S. promotion of Germany’s films is the German Premieres series. In the period we served as affiliate, the series presented over two dozen films, of which 12 have been brought to market in the U.S. Releases included the Oscar-nominated “Sophie Scholl” and the Oscar-winning “The Lives of Others.”